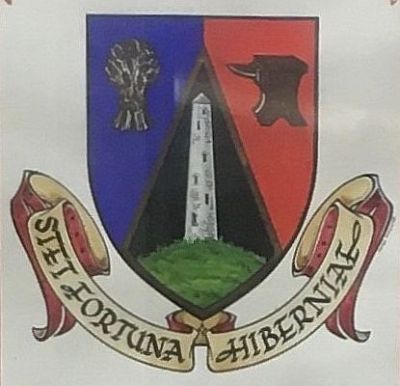 Per pale azure and gules , in the dexter chief a garb and in the sinister an anvil or, on a pile issuing from the base sable, fimbriated of the shield, upon a mound in base vert a round tower argent.
Motto: Stet Fortuna Hiberniaw

The arms were officially granted on December 10, 1960.