From Heraldry of the World
Your site history : I Bomber Command, USAAF
Jump to navigation Jump to search

History: Constituted as Army Air Forces Anti-Submarine Command on 13 October 1942, and activated on 15 October. Redesignated I Bomber Command in August 1943. Assigned to First Air Force. From October 1942 to October 1943 the Command conducted Anti-Submarine Operations from bases in the US, the Caribbean, Newfoundland, Northwest Africa and the UK. Afterwards it trained bombardment organisations and personnel. Inactivated on 21 March 1946 and disbanded on 8 October 1948. 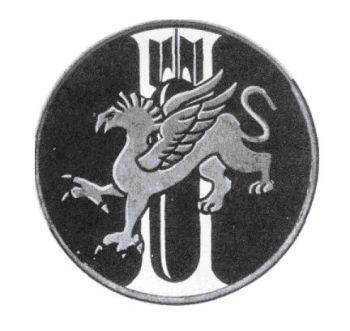 Insigne: On a disc azure, border or, a pile argent charged with a large, red aerial bomb palewise, all surmonted by a griffin or, facing toward dexter, fibriated azure.