From Heraldry of the World
Your site history : Ingleby Barwick
Jump to navigation Jump to search 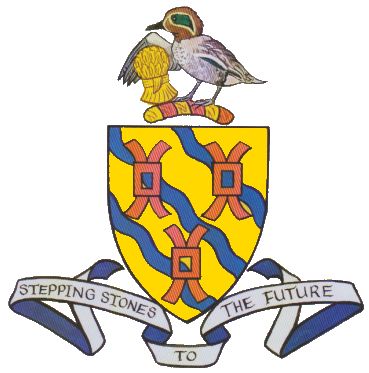 The arms contain a representation of the three rivers that run around Ingleby Barwick. i.e. River Leven, River Tees and Bassleton Beck. It also depicts mill-rinds which are an historical link to the Turner family, who used to own the land which now forms Ingleby Barwick.

The crest shows a Teal bird which is an allusion to a horse from Ingleby Barwick which won the Grand National.