From Heraldry of the World
Your site history : Köllerbach
Jump to navigation Jump to search 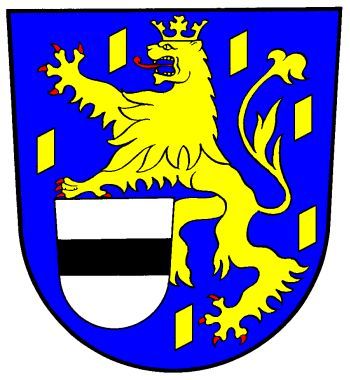 The arms show the lion of the Counts of Nassau-Saarbrücken, who ruled the area for a long time. In the 17th century the counts gave the village in loan to Philipp von Pisport, whose arms are shown in the small shield. The six bricks refer to the six former municipalities.