From Heraldry of the World
Your site history : Kestilä
Jump to navigation Jump to search 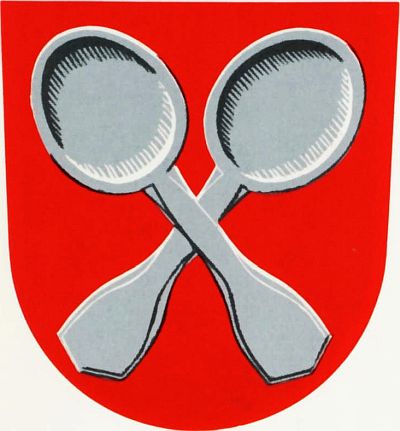 The two wooden spoons are partly canting elements. The name looks similar to Kestikievari, meaning innkeeper, or keftit, meaning party. Both thus refer to some kind of hospitality. This was combined with the tradition of wooden handicrafts in the village.