From Heraldry of the World
Your site history : Kimberley (Cape)
Jump to navigation Jump to search 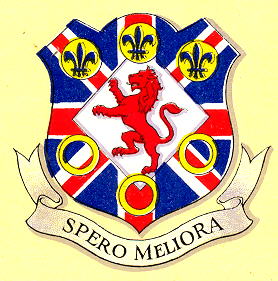 The municipality was established in 1877, and the arms were in use by 1900. The design seems to be an expression of late Victorian imperial and colonial patriotism: the background is the Union Jack, and the fleurs de lis, lion and annulets are taken off the Cape Colony coat of arms. The diamond-shaped lozenge (which should be gold) behind the lion symbolises the city's diamond-mining industry.