From Heraldry of the World
Your site history : Kolkata
Jump to navigation Jump to search

As far as I know the city does not use arms.

The colonial arms were officially granted on December 26, 1898. 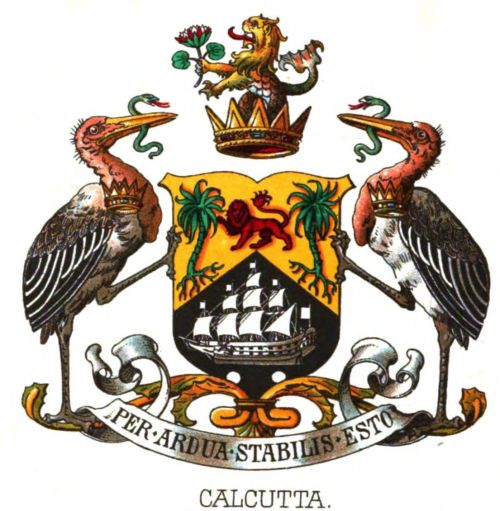 Arms: Per chevron or and sable, a lion passant guardant gules, between two palm-trees eradicated in chief vert, and a ship under sail in base argent.
Crest: Issuant out of an Eastern Crown, a sea-lion holding in the dexter paw a lotus-flower leaved and slipped proper.
Motto: "Per ardua stabilis esto."
Supporters: On either side a representation of an adjutant-bird holding in the beak a serpent proper, charged on the shoulder with an Eastern Crown or.