From Heraldry of the World
Your site history : Kotka
Jump to navigation Jump to search 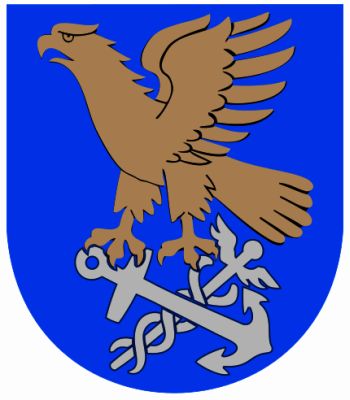 The eagle is canting (kotka=eagle), placed on crossed symbols for seafaring and trade.

Kotka got town rights in 1879 and received arms on May 14, 1881. Its upper field was blue and lower silver. In the middle there was a naturally coloured stone on which a golden eagle was sitting. In the lower field there was a blue anchor and a blue staff of Mercury. 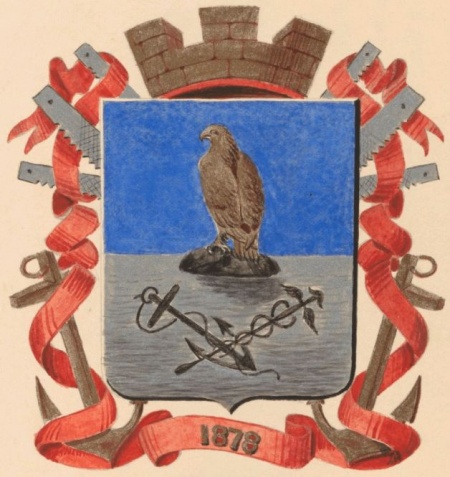 In 1954 the town of Kotka arranged a competition for a new design of the arms, but required that the eagle should be kept as its main symbol. A sketch by Olof Eriksson won the competition, but it didn't satisfy the town council, because it would have wanted to save all the elements of the old coat of arms but only modify them to come up to modern heraldry. Eriksson subsequently asked if he could make more sketches of this subject. The town council and the national heraldic commission disagreed about which one of the new sketches was most appropriate to became the new coat of arms as the town council wanted to chance it as little as possible and the heraldic committee was seeking for the best heraldic solution. The committee wanted still more sketches to be made. This conflict ended at last in 1957 as the national heraldic committee finally got its way and the coat of arms had major changes. It was ratified to be the new coat of arms of Kotka.