From Heraldry of the World
Your site history : KwaZulu-Natal
Jump to navigation Jump to search 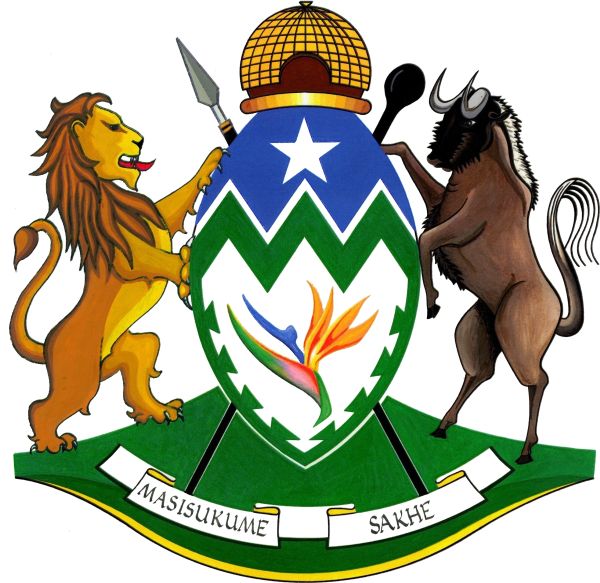 The arms were officially granted in 2004.

It took about 10 years before the local parliament finally agreed on new arms for the province.
The zig-zag division of the shield refers to the Drakensberg mountains, which are green in summer and snow-capped in winter. The white star refers to the birth of Christ and thereby to Natal (which means birth), the name given to the region in 1479 by Vasco da Gama.
The strelitzia flower has been the symbol for the province for a long time and represents the beauty of the province.

The lion is the traditional Africal symbol for kings and rulers. The wildebeest is taken from the old arms of Natal.

The motto Masisukume Sakhe means 'Let us rise and built'. During the adoption process one of the parties in parliament rejected the motto 'as nothing was built in 10 years', and proposed Amandla Awethu (Power is ours), but the motto was not changed.

Literature : Image send to me as a scan from a newspaper clipping.