From Heraldry of the World
Your site history : Limpopo
Jump to navigation Jump to search 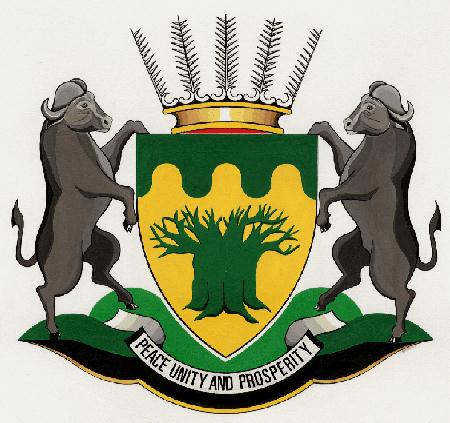 The baobab tree has long been a symbol of the region, the only area in South Africa where it is found. It is perhaps one of the most strangely shaped trees in the world and one can therefore understand why it plays such an important part in the myths and legends of Africa. Trunk circumferences of 26 metres are not unusual and it has been estimated that a specimen with a diameter of 10 metres could be 200 years old.

Above the crown are some cycad leaves; cycads are also prehistoric Plants and typical for the area. The cape buffalo supporters are symbolic of strength.