From Heraldry of the World
Your site history : Lincoln
Jump to navigation Jump to search 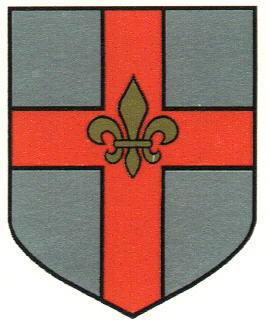 Arms : Argent on a Cross Gules a Fleur-de-Lis Or.
Motto: 'CIVITAS LINCOLNIA', the motto 'FLOREAT LINDUM' is also sometimes used.

The arms were never officially granted, but are recorded at the College of Arms.

The arms date from at least the 14th century. The cross is most likely derived from the Diocese of Lincoln. The fleur-de-lis is the symbol for the St. Mary, patron saint of the city. The St. Mary also appeared on the oldest known seal of the city, known from around 1300.

Literature : Information leaflet issued by the City of Lincoln.