From Heraldry of the World
Your site history : Littlehampton
Jump to navigation Jump to search 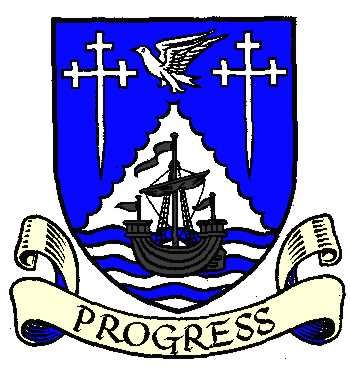 Arms: Per chevron engrailed Azure and Argent in chief a Martlet volant between two Cross-crosslets fitchée of the second and in base on water barry wavy proper a Lymphad Sable.
Motto: 'PROGRESS'.

They show the martlet of the West Sussex arms between two distinctive cross-crosslets from the Howard family arms. The bottom of the shield has an ancient ship, showing that the town is a port.

The arms are continued by the Littlehampton Town Council.