From Heraldry of the World
Your site history : Lomma
Jump to navigation Jump to search 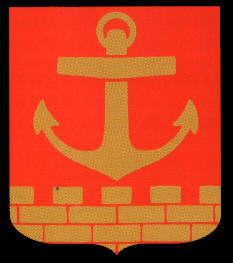 The anchor indicates the fact that the city was founded in the 11th century as a harbour town and that the harbour has been of great importance ever since. The stone wall indicates both the city character of Lomma, as well as the brick industry, the main industry in the city. The first brick industry was founded by Henning Olsen Anckargrip, who used an anchor as a canting symbol in his arms.