From Heraldry of the World
Your site history : London Stock Exchange
Jump to navigation Jump to search 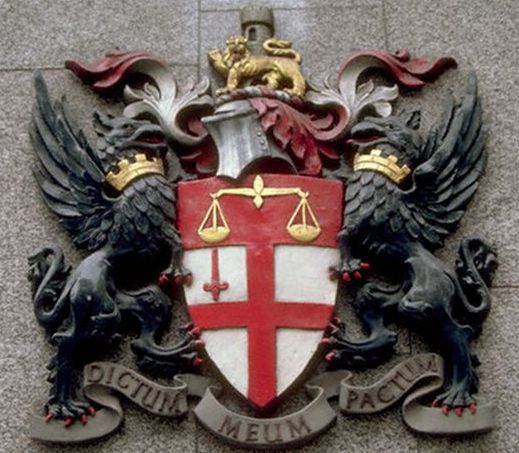 Arms : Argent, a cross and in the first quarter a sword erect gules; on a chief of the second a balance Or.
Crest: On a wreath of the colours, In front of a tower proper a lion passant guardant Or.
Supporters: On either side a griffin sable, [wings inverted] gorged with a mural crown Or.
Motto: Dictum meum pactum

The arms were officially granted on September 10, 1923.

If you have any information on these arms Stock Exchange mail us !