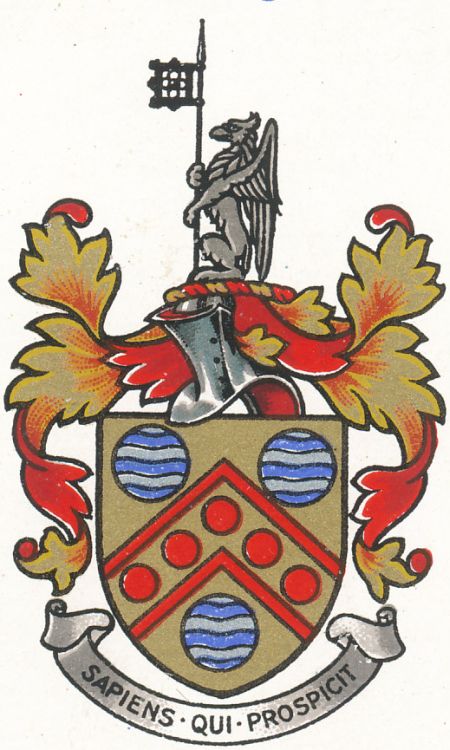 Arms : Or, five torteaux between two chevronels gules, all between three fountains.
Crest: On a wreath Or and gules, A griffin sejant supporting a weather vane sable
Motto: Sapiens qui prospicit