From Heraldry of the World
Your site history : Moland
Jump to navigation Jump to search 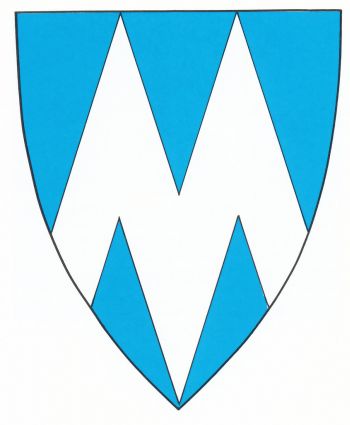 The blue colour represnts the sea. The municipality has a long and rugged coastline. This is represented by the points, which also form the letter M, the initial of the municipality. The tree points also refer to the three villages, Stokken, Flosta and Austre Moland.