From Heraldry of the World
Your site history : Monaghan (county)
Jump to navigation Jump to search 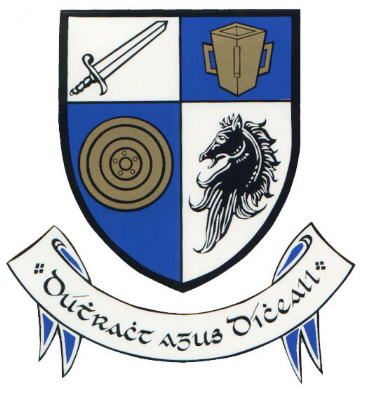 The arms are based on an ancient history of Monaghan from the 11th century "Book of Rights". The fourfold division of the shield is for the four petty kingdoms of that time. These were ÚD Meith, Dartraige, Mugdorn and Fermag. All these kingdoms were part of the Kingdom of Airigialla. Each sub-king was entitled to dues from the King of Airigialla. The items due are depicted in the shield.