From Heraldry of the World
Your site history : Moss
Jump to navigation Jump to search 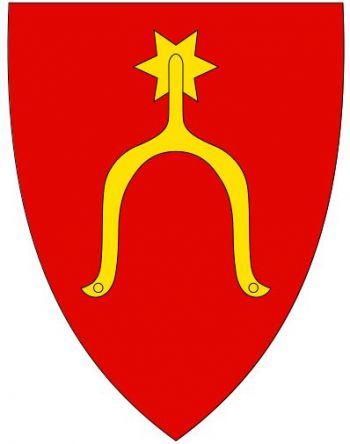 The new municipality took per January 2020 the old arms of Rygge as the new arms.

Moss became a separate city in 1786 and received its first seal in the same year. The seal showed a church under some clouds, the whole placed in a circle. Above the circle there were some fasces, the freedom symbol of the late 19th century. A later seal, dating from around 1829, shows the same composition, but now also with 6 birds flying around the church.
When in the 1930s the city wanted to adopt arms, the birds were chosen as a possible symbol. The original birds probably were doves, symbol of peace. In 1934 the idea of the crow was launched, as the nickname of the inhabitants was 'crows'. The arms were finally granted in 1954.