From Heraldry of the World
Your site history : Nailsworth
Jump to navigation Jump to search

The Urban District Council did not have arms. The arms below are being used by the town council and have not officially been granted. 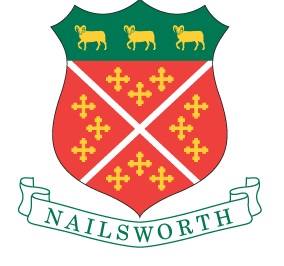 The upper part of the shield shows three sheep on a green background, depicting our connection with wool production and its three parishes from which the town was formed. The lower section is a copy of the original arms of Lord Windsor, who in 1543 was granted the manors of Hampton and Avening and many acres of land surrounding Nailsworth.