From Heraldry of the World
Your site history : National Arms of Estonia
Jump to navigation Jump to search

NATIONAL COAT OF ARMS OF ESTONIA 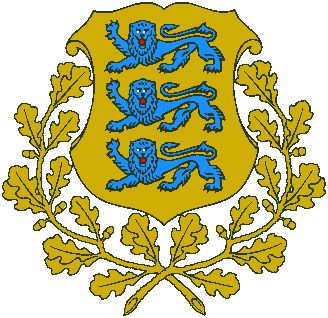 The country uses two versions, the large coat of arms as shown above, and the small coat of arms, which is the same, but without the branches.

The wreath of oak leaves stands for the perseverance and strength of Estonia and the evergreen traditions of freedom.

The three lions (leopards) also appear on the arms of Tallinn whose origin is noted to be in connection with the battle between the Danes and Estonians in 1219 below Tallinn. 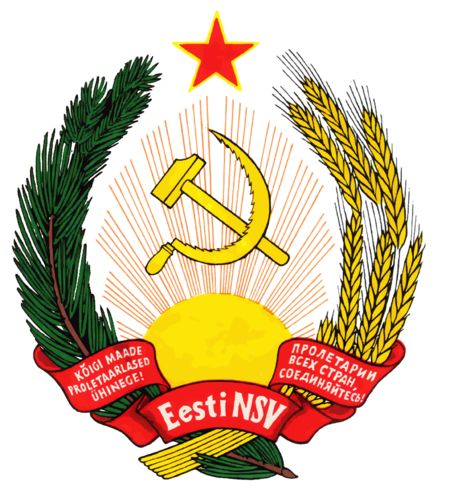 On May 8, 1990, the Supreme Soviet of the Estonian SSR declared the designation "Estonian Soviet Socialist Republic" invalid and the logo became obsolete. On August 7, 1990, the 1925 symbols (arms and flag) were re-introduced and properly described on October 16.