From Heraldry of the World
Your site history : National Arms of Gambia
Jump to navigation Jump to search

NATIONAL ARMS OF THE GAMBIA 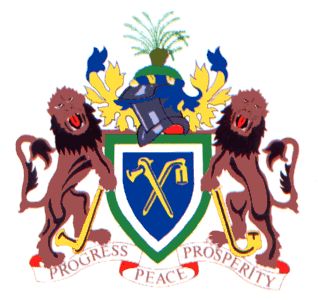 The agricultural implements depicted in the shield are an axe and hoe and indicate that future prosperity of Gambia depends upon agriculture. The lions as supporters represent stateliness and dignity and may also recall the former colonial power. Another interpretation of axe and hoe is that these are said to represent the Mandinka and Fulani, the two more important ethnic groups of Gambia.

The crest above the helmet is a local oil palm.

Previously the British colony used only a badge showing an elephant before a palm tree, identical to Sierra Leone and Ghana, but with the letter G for the Gambia. 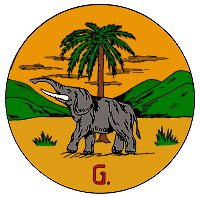