From Heraldry of the World
Your site history : National Arms of Libya
Jump to navigation Jump to search

THE NATIONAL ARMS OF LIBYA 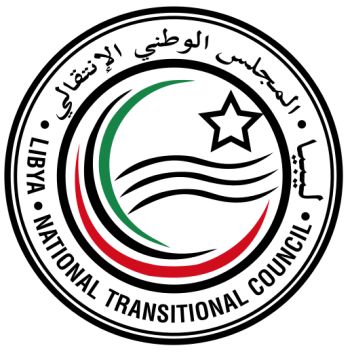 Since 2011 Libya has only a provisional government which uses the above seal.

Libya never used proper heraldic arms since the independence in 1951. 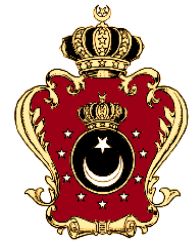 From 1970-1972 Libya was a republic using arms with the eage of Saladin, similar to several other Arabic countries. From 1972-1977 Libya was part of the Federation of Arab Republics, together with Egypt and Syria. The logo used was identical for the three countries, with some country-specific texts. From 1977-2011 the logo was similar, but with a green shield.

Libya was created in 1951 from Italian Libya, which, in turn was a merger of Italian Cyrenaica and Italian Tripolitania. See there for the colonial arms.