From Heraldry of the World
Your site history : National Arms of Malaysia
Jump to navigation Jump to search

THE NATIONAL ARMS OF MALAYSIA 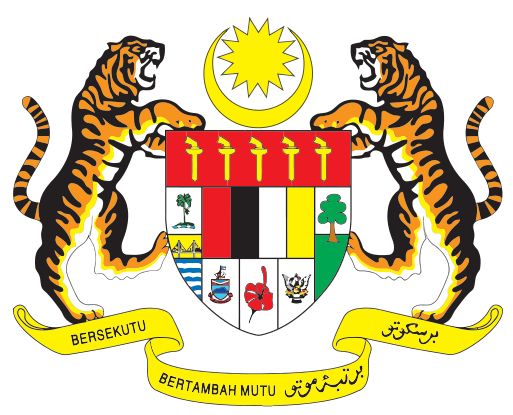 The above arms are the third arms of the Federation.

The four single-colour fields represent the first States that in 1900 formed a union, resulting in the present Federation of Malaysia: Selangor, Pahang, Perak and Negeri Sembilan. The five daggers represent the five states that joined in 1948: Johor, Kedah, Perlis, Kelantan and Trengganu. The two fields on the sides show the arms of Penang and Melaka, which also joined in 1948.

The lower fields represent Sabah and Sarawak (joined in 1963) as well as the national flower, the Hibiscus.

Above the shield are the star and the moon, the holy symbols of Islam. The star has 14 points, representing the 13 states and the capital area. Originally the 14th point represented Singapore (see below), but when Singapore left the federation, the star came to represent the capital area. The motto translates as Unity is Strength in Malay and Arabic (and between 1952 and 1963 also in English). 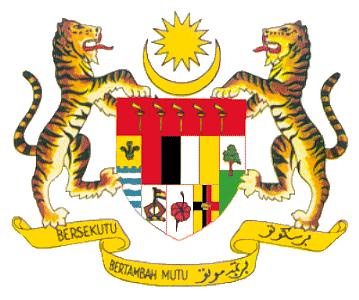 As compared with the present arms the panels of Penang, Sabah and Sarawak are different, as these states have changed their symbols in the 1990s. 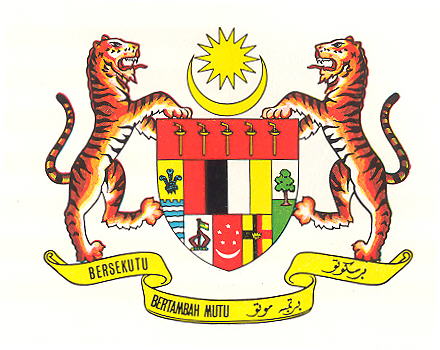 The basic design is identical to the later arms, but the point now showed the arms of Singapore, which formed part of the Federation until 1973.

Literature : National and State flags and crests of Malaysia, 1963