From Heraldry of the World
Your site history : Neuenkirchen (Rietberg)
Jump to navigation Jump to search 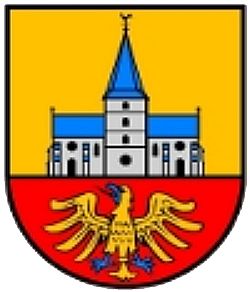 The arms show in the upper half a canting church (Kirche) and in the base an eagle, taken from the arms of the Amt Rietberg, to which the area historically belonged. The arms were changed as the previous arms were identical to the arms of the Varensell municipality. 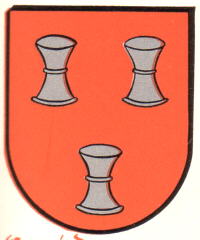 These arms are based on, and identical to, the arms of the Lords of Varensell, who had many possessions in the village.