From Heraldry of the World
Your site history : New York Naval Militia
Jump to navigation Jump to search 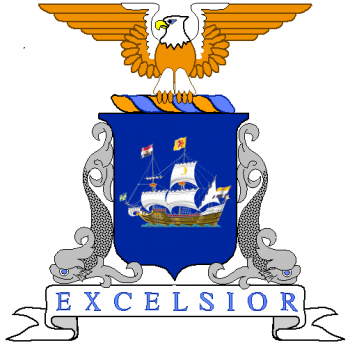 The Ship is the Full Rigger Half Moon, also used as a Crest by the Regiments and Separate Battalions of the New York Army National Guard. The Dolphin Supporters also indicates the naval aspect of the NY Naval Militia. The Eagle and the Motto are for the State Coat of Arms of New York.