From Heraldry of the World
Your site history : No 127 Squadron, Royal Air Force
Jump to navigation Jump to search 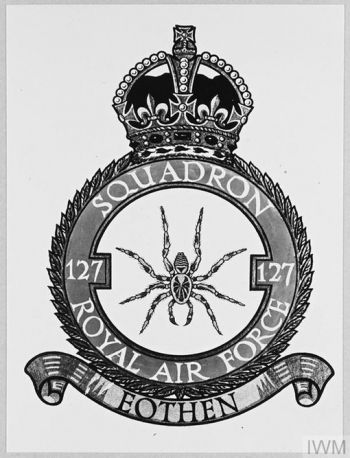 The Tarantula is indigenous to Iraq where the Squadron served. The Unit also considers that their "sting" is just as great in proportion to its size as that of the spider. The Motto translates as "Out of the East". The Badge was granted in January 1945.