From Heraldry of the World
Your site history : Nordisk Handelskalender
Jump to navigation Jump to search 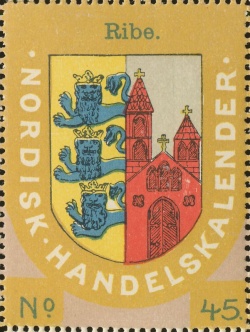 This is a series of stamps with Danish town arms. They have been issued by the 'Nordisk Handelskalender' organisation, which published a similarly named book every year since 1909 with names and adresses of companies in the Nordic countries. I have no information whether these stamps could be collected in an album or whether they could be glued in the book or stored separately. I also have no information how the stamps could be obtained.

There are 71 stamps with town arms and one spare one showing the book itself. The stamps were printed by Det Hoffensbergske Etablissement in Copenhagen in sheets of 12 stamps each. One sheet is shown here below. 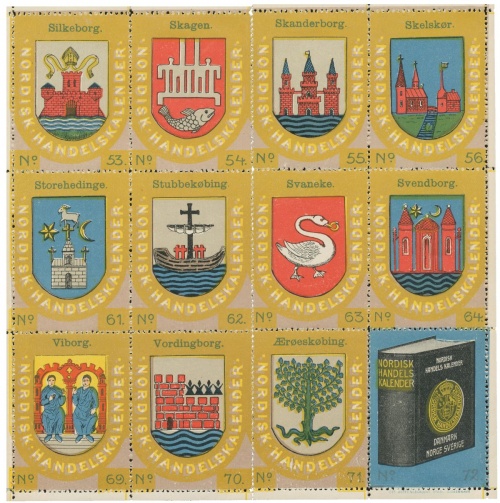