From Heraldry of the World
Your site history : North Norfolk
Jump to navigation Jump to search 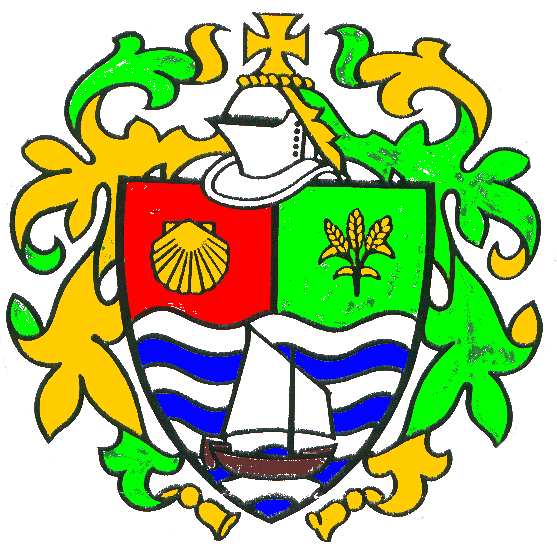 North Norfolk District Council does not have an official grant of arms.

The council has adopted a heraldic device. This consists of a shield divided per fesse wavy. The bottom section is barry wavy silver and blue. On this is placed a crab boat. This represents the crab fishing industry and the district's maritime interests in general. The top half of the shield is divided per pale red and green. On the red section is a scallop shell, symbol of pilgrimage. This refers to the Maria shrine at Walsingham. The green section is charged with three wheatears and signifies the agricultural importance of the area. The cross that surmounts the helm refers to the very large number of ancient churches in the district.