From Heraldry of the World
Your site history : North Tyneside
Jump to navigation Jump to search 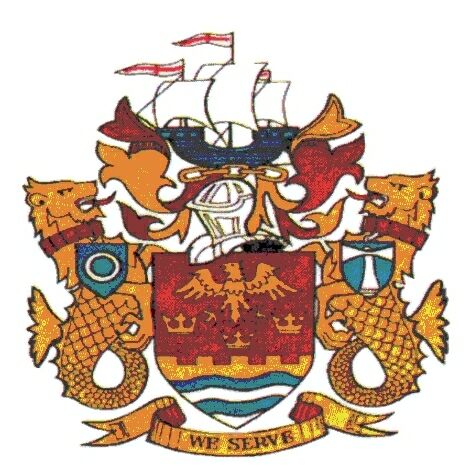 The design took elements from the arms or devices of the old authorities.

The arms have the three crowns of Tynemouth (for Tynemouth Abbey), the eagle from Wallsend (for the Roman wall) and the sea waves of Whitley Bay.

The crest has a linked chain illustrating the joining of the five authorities and Lord Collingwood's flagship, 'Royal Sovereign'.

The supporters are two sea lions differenced by small shields. One bears a lighthouse representative of Whitley Bay and Tynemouth and the other has the white circle used by Longbenton.

The motto, 'We Serve,' was used by Seaton Valley.