From Heraldry of the World
Your site history : Oświęcim
Jump to navigation Jump to search 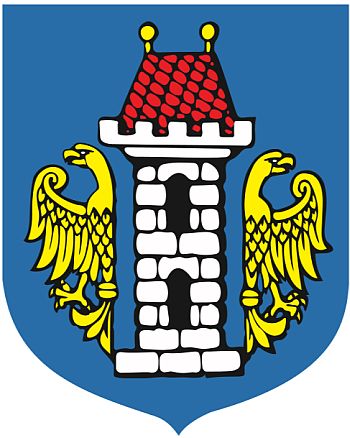 The town was founded by Prince Mieszko of Cieszyn (German-Teschen) in 1291. The arms date from the 15th century and bear the gold eagle of the Piast Princes of Cieszyn and a tower as an indication of city status.

On October 24, 1793 Emperor Franz II granted the city arms showing in blue a silver double-headed eagle, with a tower on its breast. These arms have been used until the end of the Austrian rule. The current arms only appear after 1920.

Historical, 15th century, coins of the city showed on the one side an eagle and on the other a tower with the letters O S for Ossuacim, the Latinized name of the town.