From Heraldry of the World
Your site history : Olesno
Jump to navigation Jump to search 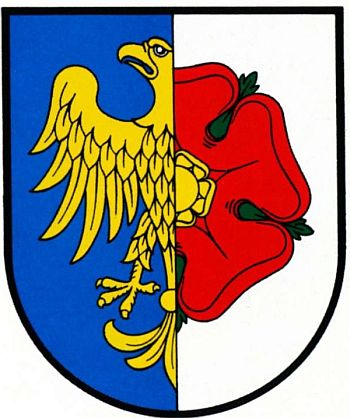 The arms of the town (German name Rosenberg in Oberschlesien) combine the eagle of Upper Silezia with a canting rose (Rose in German).

The combination is known since the 14th century, when the rose and eagle appeared on the local seal. Since the 17th century the two are combined in a single shield.

Hupp showed the same composition, but with the eagle in historically correct colours, see below.