From Heraldry of the World
Your site history : Olsztyn
Jump to navigation Jump to search 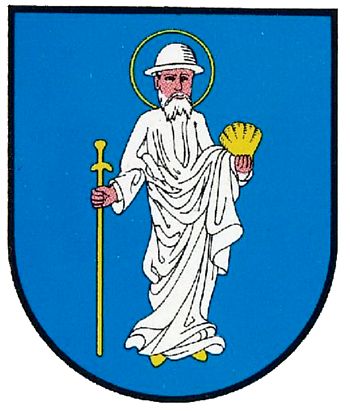 The arms show St. James the patron Saint of the city. During the years the arms have varied widely, as can be seen from the images below.

The oldest seals of the city, known since the 14th century, all show the patron saint. From the 18th century onwards, the saint is seen between a cross, the symbol of the Teutonic Order, which for a long period of time ruled the area and the city, and a tower.