From Heraldry of the World
Your site history : Orzesze
Jump to navigation Jump to search 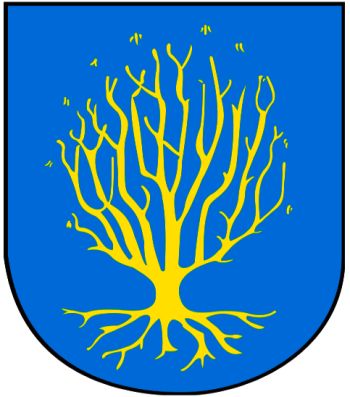 The first known arms dates from the first known 19th century seal and showed a woodcutter, standing in front of four deciduous trees, chopping one of them with an ax. This refers to the main occupation of the inhabitants, the manufacture of wood charcoal.

In 1979 completely new arms were designed: a hazel branch on a tri-coloured shield. The colours referred to the colors of Silesia (blue) and Poland (white and red). The black and gold colurs of the branch referred to mining. The advantage of the coat of arms was simplicity. Large defects - color selection incompatible with zadami heraldic; like it was wrong to trichromatic field. The arms were abolished in 1991.