From Heraldry of the World
Your site history : Ostrava
Jump to navigation Jump to search 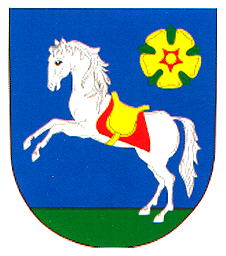 The first mentioning of Ostrava was in the testament of the Olomouc bi­shop Bruno of Schaueburg in 1267. The bishop had purchased the community of Ostrava, promoted it to the status of a townlet and granted it the coat-of­ arms which depicted a white horse rampant. The coat-of-arms was improved later by bishop De­trich from the family of Lords of Hradec by adding a five-leaf rose which was taken over from his family coat-of-arms.