From Heraldry of the World
Your site history : Oudtshoorn
Jump to navigation Jump to search 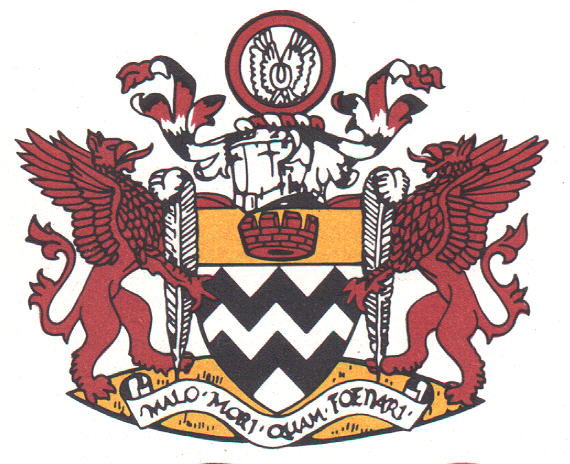 The arms are based on the arms of the Van Reede van Oudtshoorn family, with the addition of two ostrich feathers to distinguish the arms from the family arms. Compare also Rhede in Germany.

In the 1930s the arms were slightly different: 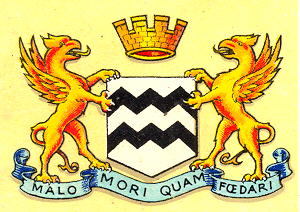 Literature : Scan from first day cover and a cigarette card from the 1930s