From Heraldry of the World
Your site history : Pascall's
Jump to navigation Jump to search 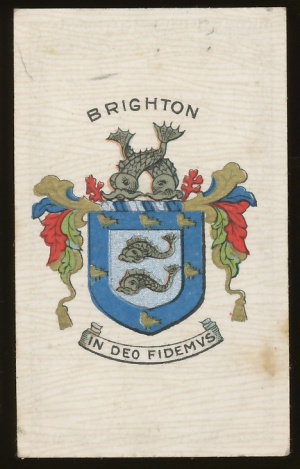 James Pascall Ltd was a UK confectionary company, based in London, later in Surrey.

The family run business was founded by James Pascall to manufacturer and sell predominantly sugar confectionery. James Pascall had worked as an agent for Cadbury's before setting up business with his brother Alfred in a small shop off London's Oxford Street in 1866.

Initially they produced sweets such as herbal cough drops, candy and French rock. In 1877, they moved to larger premises in Blackfriars and expanded their range.

In 1897, their premises were destroyed in a fire started by a former employee who was simple-minded. After the fire, the company moved out to Mitcham, in Surrey.

The series is named Town and other arms and consists of 65 cards. The images of the city arms are identical to those of the JaJa-cards.