From Heraldry of the World
Your site history : Perth (Scotland)
Jump to navigation Jump to search 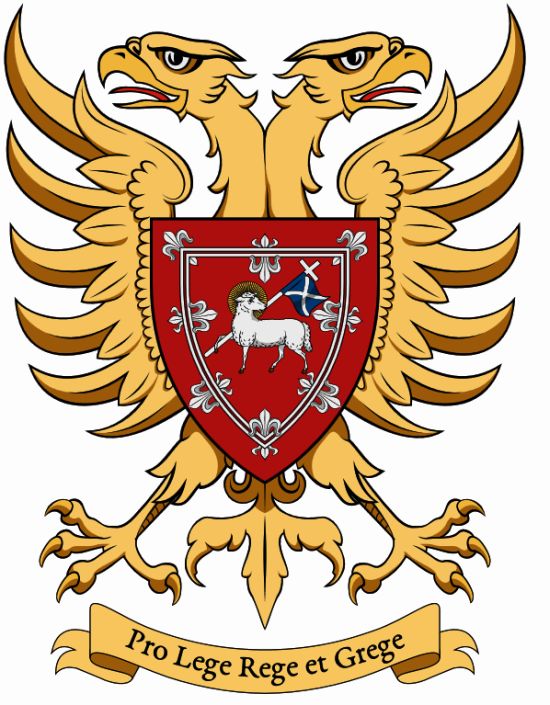 Gules, a holy lamb passant reguardant staff and cross Argent, with the banner of Saint Andrew Proper, all within a double tressure [flowered and] counterflowered of the Second, the escutcheon being surmounted on the breast of an eagle with two necks displayed Or.

The Motto in an Escrol "Pro Rege Lege et Grege".

Perth, the former Capital of Scotland, is a Royal Burgh of King David I dating from between 1124 and 1127.

The arms use the red and silver colours of St. John the Baptist, the patron saint of "the Fair City of Perth". They show the Holy Lamb who is always associated with the Saint (John I :29) carrying a St. Andrew's flag.

The arms are set within a Royal tressure, a special mark of Royal favour. There is on record a 1378 impression of a Burgh seal which shows the arms, with the tressure, virtually as used today.

The shield has for bearer a double-headed eagle, which is thought to be a Roman eagle and to recall that there was once an important Roman settlement called "Bertha" in the vicinity of Perth.

The Latin motto "For King, law and people"­ is mentioned as being a favourite one of William the Silent, Prince of Orange (1533-1584), and as there were many trad­ing links between Perth and the Netherlands, it may have been adopted by the town in the latter part of the sixteenth century, in admiration of the struggle the Prince was waging to free his country from Spanish occupation.