From Heraldry of the World
Your site history : QwaQwa
Jump to navigation Jump to search 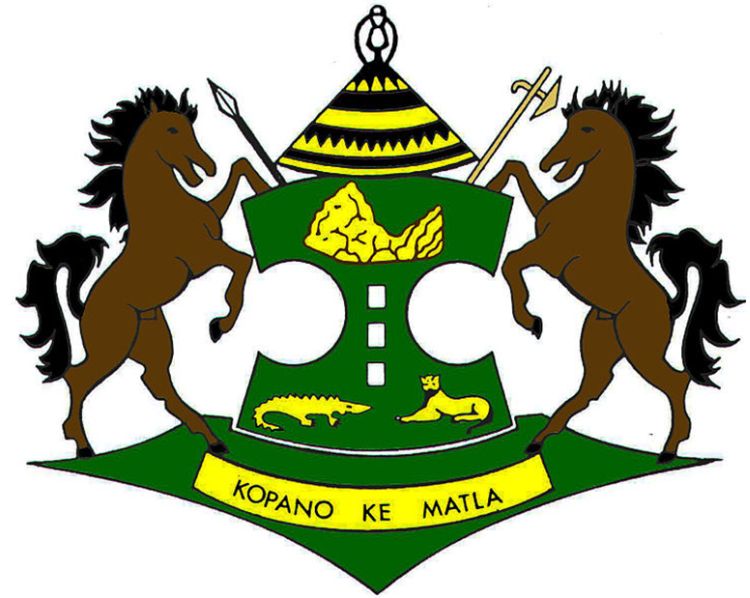 The shape of the shield is the typical Sotho or Tswana shield. Behind the shiled are some weapons, symbol for power and strength.

The upper half of the shield shows Sentinel Peak, a local landmark. The crocodile is the symbol of the Kwena people and is also part of the arms of the neighbouring Lesotho. The leopard is the symbol of royalty in general.

The hat is part of the traditional Basotho dress, whereas the supporters indicate the importance of the Basotho pony for transport.

The motto is Unity is strength in the local language. This is also the old motto of South Africa.