From Heraldry of the World
Your site history : Renfrew (District)
Jump to navigation Jump to search 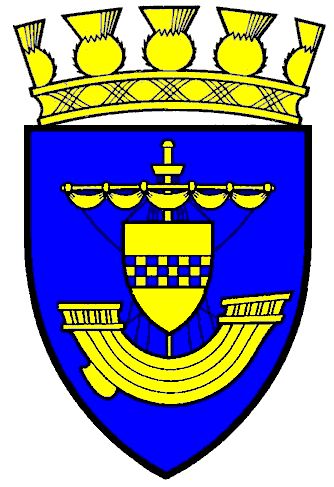 Azure, a lymphad, sails furled Argent, on a shield Or pendant from the mast a fess chequy of the First and Second.
Above the Shield is placed a coronet appropriate to a statutory District, videlicet:-a circlet richly chased, from which are issuant eight thistle-heads (three and two halves visible) Or.

The arms were officially granted on September 30, 1976.

The Council has been allowed to take over the arms (minus crest and motto) of the Renfrew County Council.