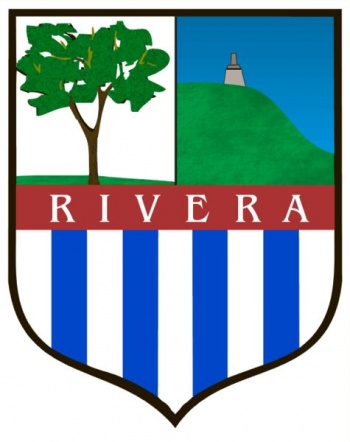 The first quarter shows a Plátano tree, a typical tree which is very common in the district. The second quarter shows the "Cerro del Marco" hill, which is in the city of Rivera. The hill forms the border between Uruguay and Brasil, but the border runs through the twin cities of Rivera and Santana do Livramento. The boundary is marked by some stones and signpoles, hence the name Hill of the Marks. The lower half is derived from the Uruguayan flag.