Royal Burgh of Peebles and District

From Heraldry of the World
Your site history : Royal Burgh of Peebles and District
Jump to navigation Jump to search 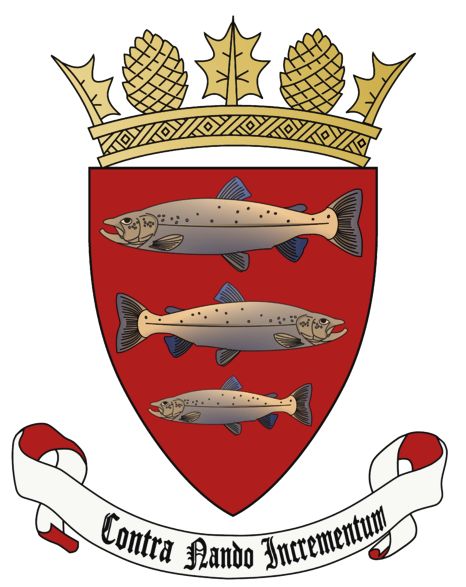 Gules, three salmon counternaiant in pale Proper. Above the Shield is placed a Coronet appropriate to a statutory Community Council, videlicet:- a circlet richly chased from which are issuant four thistle leaves (one and two halves visible) and four pine cones (two visible) Or, and in an Escrol below the same this Motto "Contranando Incrementum".

The arms are based on the arms of the former Peebles Burgh with a community council crown.