From Heraldry of the World
Your site history : Royal Grammar School (Newcastle upon Tyne)
Jump to navigation Jump to search 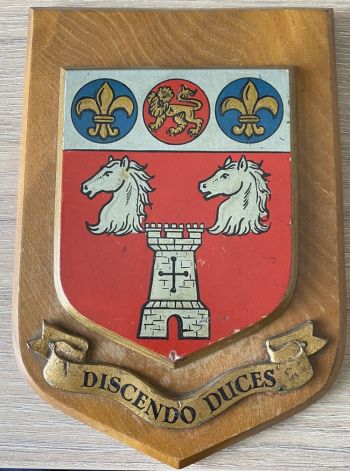 Arms: Gules, two horses' heads erased in chief and in base a tower triple-towered argent; on a chief of the second a torteau charged with a lion passant guardant Or between two hurts each charged with a fleur-de-lis gold.
Motto: Discendo duces

The arms were officially granted on November 11, 1931.

If you have any information on these arms Grammar School (Newcastle upon Tyne) mail us !