From Heraldry of the World
Your site history : Royal Seamen's Pension Fund
Jump to navigation Jump to search 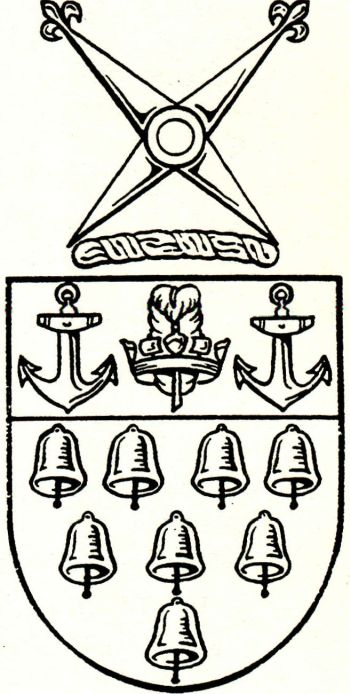 Arms : Argent, eight ship's bells, four, three and one, sable; on a chief per pale gules and vert, between two anchors an ostrich feather of the first enfiled with a naval crown Or.
Crest: On a wreath of the colours, Two compass needles in saltire, each per fesse azure and argent, the pivot cap Or

The arms were officially granted on September 10, 1932.

If you have any information on these arms Seamen's Pension Fund mail us !