From Heraldry of the World
Your site history : Royal Wootton Bassett
Jump to navigation Jump to search 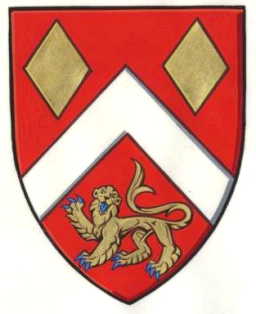 Arms : Gules a Chevron Argent between in chief two Lozenges and in base a Lion passant guardant Or.

The town had long used unofficial Arms consisting of a chevron between three lozenges: the newly granted design adapts this by adding a Royal Lion to reflect the Royal favour accorded in recognition of Wootton Bassett’s role in recent repatriations of fallen servicemen and women.