From Heraldry of the World
Your site history : Royston (Yorkshire)
Jump to navigation Jump to search 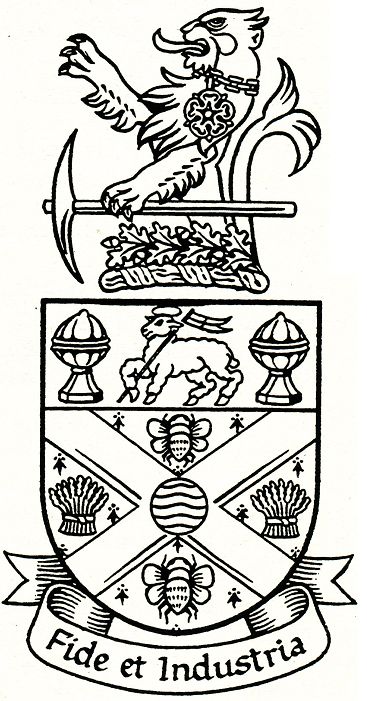 Arms : Ermine, on a saltir egules between in chief and in base a bee volant and in either flank nine ears of wheat banded Or, a fountain; on a chief sable a Paschal lamb proper between two covered cups argent.
Crest : On a wreath argent and gules, out of a wreath of oak fructed proper, a demi lion sable holding in the sinister paw a miner's pick, head to the dexter, and gorged with a chain, pendent therefrom a rose argent, barbed and seeded proper..
Motto: Fide et industria

The arms were officially granted on December 3, 1964.