From Heraldry of the World
Your site history : Runnymede
Jump to navigation Jump to search 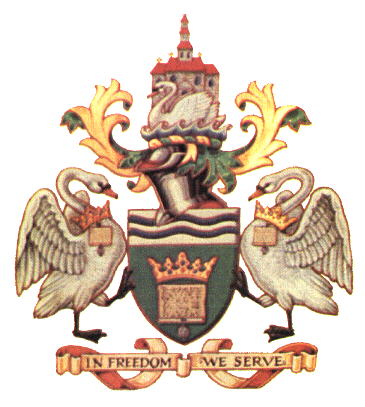 The shield shows mainly a representation of the Magna Carta, the original Constitution of England. The signing of the charter by King John in 1215 took place near Runnymede. The Royal Crowns in the shield and around the neck of the supporters also are symbols of this occasion. The crest shows the Chertsey Abbey, founded in 666. The abbey held many estates in Surrey and is now part of the Runnymede district. The swans and the wavy bars represent the many rivers in the district.