From Heraldry of the World
Your site history : Sölvesborg
Jump to navigation Jump to search 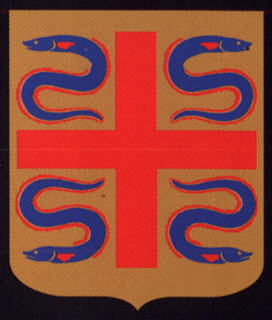 The arms are based on the oldest known seal of the city, which dates from 1535. The seal is not very clear, and when the city applied for arms for its 500th anniversary, there was a lively debate of what the small figures in the quarters were. Most likely the figures were the letter S, the initial of the town. But as letters are not allowed in Swedish heraldry, they were transformed into eels.