From Heraldry of the World
Your site history : Saarbrücken (kreis)
Jump to navigation Jump to search 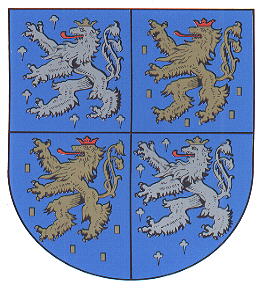 The district Saarbücken existed from 1816-1974 and used no arms. In 1974 a unique district (Stadtverband) was formed with the city of Saarbrücken and surrounding area. In 2007 it was renamed to Regionalverband Saarbrücken.