From Heraldry of the World
Your site history : Saint Martin (island)
Jump to navigation Jump to search 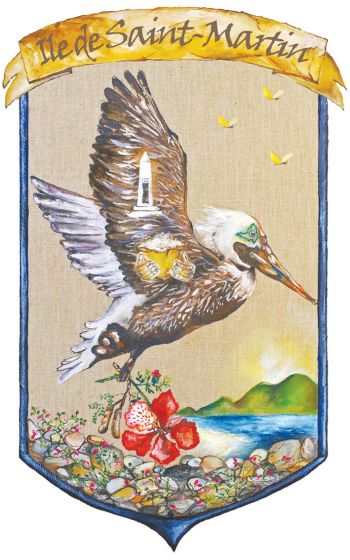 Saint Martin is the French half of the island of the same name, the other half is the Dutch special municipality Sint Maarten. Until 2007 Saint Martin belonged to Guadeloupe, ever since it has been an Overseas Collectivity of France.

The above emblem was adopted in October 2010 and was the result of a local competition. The emblem shows the national bird, the pelican, flying towards the island, with on his belly the lighthouse and a bag of food, and around his eyes the map of the island. 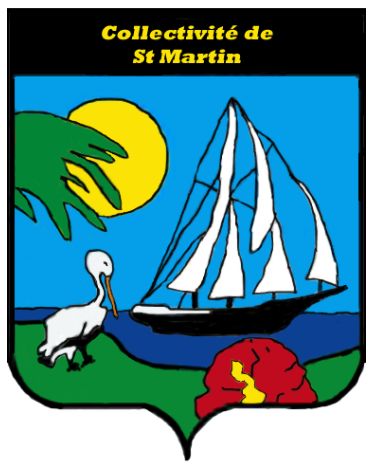 If you have any information on these arms Martin (island) mail us !