From Heraldry of the World
Your site history : Sammatti
Jump to navigation Jump to search 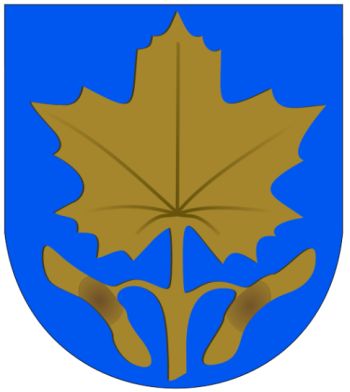 The arms were officially granted on November 20, 1964.

The arms show a maple leaf and fruits which symbolise on the one hand the local nature and on the other Elian Lönnrot (lönn is Swedish for maple). He originated from the village and was a 19th century physician, philologist and collector of traditional Finnish oral poetry. He is best known for compiling Kalevala, the national epic of Finland, from national folk tales that he gathered during several expeditions in Finland, Russian Karelia, the Kola Peninsula and Baltic countries.